Nothing breeds the need to manipulate the masses faster than an election year. And those who are financially serious about securing their prominent positions of power never abort their efforts to win, even in the between times.
This means there can be no safety net or escape for the targeted masses being manipulated. Where ever they turn, they are being routinely subjected to an onslaught of emotional torture that we can only liken to water boarding because every assault has been psychologically programmed to wear them down and negatively feed into their deepest fears. At this point, one might even suggest that the masses have been morally imprisoned by the propaganda that has been unmercifully pouring down upon them without reprieve for more than a decade.
And when we try to unearth whose moral standards are calling the shots these days, we find ourselves standing in very murky waters with old world sludge oozing through our toes.
The United States of America has proudly boasted for generations a constitutional foundation that supports equality and religious freedom for all of its citizens. These very liberties are part of what makes America a desirable place to live not only for those who live here, but for many around the world; yet the last decade has seen a disturbing trend that seems to be intent upon eroding these individual and very personal rights.
A recent case in point would be the Supreme Court’s “Citizens United” decision two years ago. This abominable judicial decision was a huge 100-year leap back in time for the living and breathing citizens of this nation, and a testimony to the tenacity of corporate greed. Today’s presidential election, and the Super PACs secretly funding it, are real time proof to anyone who mistakenly thought things would be different a century later that history will always repeat itself when given the chance.
Another case in point brings us to the current race to win the 2012 GOP presidential nomination. The inflammatory, yet bizarrely virtuous, campaign rhetoric being hurled from every conservative pulpit and right-right newsroom this election season has evidently chosen to unilaterally hone in on publicly debating what should constitute morally appropriate healthcare for the female population as if it was a vital political issue.
It’s no secret that the push to repeal the healthcare reform legislation of 2010 has been a primary objective for the GOP from the beginning. Yet for reasons righteously hidden behind a veil of morality, the bulk of the conservative argument has suspiciously winged to the far right to hover around limiting healthcare coverage for women. And this has all been done without ever mentioning, let alone giving equal measure to the discussion of, what limitations ought to likewise be placed upon the healthcare coverage for the male population. 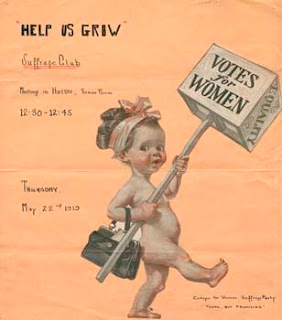 Many spiritual enthusiasts are quick to espouse the holy notion that every body is a temple, which today would translate to mean that approximately 309 million American temples are in need of medical maintenance at any given point in time, and some will need more maintenance than others. At around 157 million, more than half of these bodily temples are female in gender. This makes the disturbing fact that not one female was allowed to speak on behalf of the nation’s women on February 16, 2012 when House Oversight Committee Chairman, Darrell Issa (R-CA), called together an all male panel to discuss the moral prudence of covering contraception for women as an allowable component of affordable healthcare all the more alarming.
So when did an exclusionary panel of Moby Dicks become the morality overlords for a nation?
When we consider the old world inspiration for our current civilization and the Latin-based language we speak, the best answer to that question today will likely be found by looking back in the rear view mirror at ancient Rome.
To say that ancient Rome was a patriarchal society, and a world power once committed to conquering the entire known world including the Eurasian continent without compunction, would be an understatement. As unbelievable as it may seem in our so called “modern world”, only adult free men could be called citizens of ancient Rome. Patrician lineage notwithstanding, Roman women were never granted citizenship, nor were they given legal rights, because Roman men believed that a woman was unable to direct her own activities and must therefore be kept under male guardianship at all times. Women were bargaining chips for their fathers and brothers to use in negotiating marriage alliances, and they were expected to be subservient and obedient to their husbands in all things.

For all intents and purposes, Roman women were chattel. They had no voice in society, they could not vote, and they could not make decisions about what was best for their own bodies. And this included birthing babies. If a Roman woman did not produce the children required of her by a guardian husband, she could be divorced and abandoned with barely a word.
Conquering the known world required brute force. Something the Romans were pretty good at. But the subtle art of successfully subduing those civilizations once conquered required a more integrative touch. And history reveals that the Romans were pretty good at that too. They were not above placating the conquered by co-mingling spiritual belief systems just enough to create an umbrella of religious unification which provided a little something for everyone.

Regardless of the tenets outlined within “original scripture”, this practice continued to thrive throughout the doctrinal evolution of the Roman Catholic Church from its inception in the 4th century C.E. The practice was permanently discontinued when religious tolerance by the Church was no longer necessary to unify the masses because its powerful political position in the conquered known world had been firmly secured during the Inquisition. A few centuries of fear and torture, and behold! Upon this platform stands the history of a Roman Catholic Church that managed to brutally seize control, formalize its omnipotence, and of course, solidify its right to call the self-serving shots.
So when we fast forward two thousand years and find ourselves struggling to get by on a right wing and a prayer, we find it impossible to overlook the obvious as we watch the re-enactment of old Roman ideologies playing themselves out in the form of Roman Catholic Church standard operating procedures on our “modern day” Congressional floor. 2008 GOP presidential candidate, Mike Huckabee, could not have said it better when he recently declared on behalf of the GOP, “We are all Catholics now!”
This sweeping pronouncement has given us a new meaning for the Grand Old Party’s “GOP” acronym. In full recognition of our bullying times, we believe a more fitting definition for the new GOP would be the “Gender Overlord Party.” And it appears so far that the new GOP will have no trouble living up to this new definition, particularly when it comes to lording it over the people with righteousness and dogma.
Calling the principled shots for the masses can be a polarizing proposition, especially when the new GOP has chosen to mimic the double-standard-setting leadership of a Catholic Church that is supremely un-inclined to even follow its own Biblical rulebook. The eroding effects of this bipolar platform are difficult to avoid given the endless barrage of mass-manipulating mixed messages that border on schizophrenic being showered upon the nation. For in its self-appointed role of morality police, the new GOP has water boarded the masses mercilessly with the “Who, What, Where, When, and How” of things that should be done in order to conform with a limiting definition of what constitutes a God-fearing America: WHO to do it with, WHAT to do, WHERE to do it, WHEN to do it, and HOW to do it.
All equal consideration aside, we suppose in the end, acquiring the power necessary to call the self-serving shots has always come down to the money, because he who controls the money gets to make the rules. Whether the mass manipulation is effectuated through the fear of hellfire and damnation or the fear of financial failure, it really doesn’t seem to matter. The powerful end-results for those seeking to call the shots are all the same.
As the new GOP myopically strives to reprise the glory days of ancient Rome in 21st century America, they might want to take a hard look at the Arab Spring and consider what the masses are capable of when they have had enough of the old guard man-handling.
As for the American masses being man-handled, this time in history appears to be a pivotal time of choice for the population of a great nation. We can choose to step back in time and surrender our power to those seeking to grab it away through intimidation, or we can choose to step up to the plate and make a stand for the kind of collective society we truly want to have. To choose nothing would be to surrender to the power grab. And should enough of us choose to go down that illusionary road of safe surrender, we will ultimately have little option but to put an aspirin between our legs and blame Rome for all our troubles.
So fellow Americans, it looks like we are in this together whether we choose to be or not. What kind of collective society do you believe is worth voting for?
A society that chooses to invest nothing in those who nurture gets what it pays for. ‘In The Rear View Mirror’ March 4, 2009 posting "New Century Nurturing”. 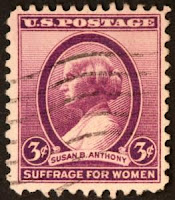 P.S. Susan B. Anthony believed women’s rights were worth fighting for. She once took up space on the 3¢ stamp, and we watched her value appreciate with time when she later became the first woman to be immortalized on a minted U.S. dollar coin.
Posted by In The Rear View Mirror at 1:55 PM