Our little ITRVM summertime-out road trip had us thinking that if the Olympic committee were to hand out medals to competing nations based upon how much space they take up, the United States would probably get the Bronze for square footage and the Gold for living large.
Whoever said “if a little is good, more must be better” succinctly summed up in eight little words humanity’s rational propensity towards big and the inherent need to have it all.

One look in the rear view mirror at the blueprints for the Tower of Babel reminded us of just how far back this need goes. Unfortunately for Nimrod the bottom fell out of the biggest-building-in-the-world market when some of his builders showed up for work one day speaking Greek and the jobsite collapsed in chaos.
It hardly seems a coincidence that the big catch phrase for today’s Great Depression is “too big to fail”. Everything around us is BIG. Too big. And unlike parenthood, no BIG specialist ever got around to publishing some sort of “BIG Manual” to prepare mankind for what going BIG really means, let alone how to keep it going and growing. 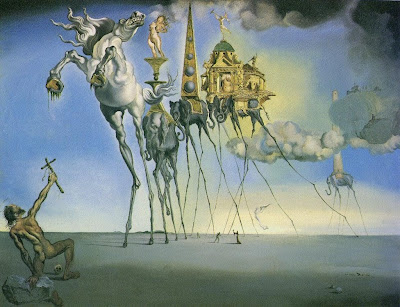 The old adage “pay the farmer or pay the doctor” may still hold true when natural and healthy processing standards are adhered to; however, when the farmer becomes so big that it swallows up all of the little farmers, and then fails to protect the health and welfare of the public it's in the business of feeding, we are left with a big country that is largely undernourished.
But there's always room for dessert, and for some, that might include bigger breasts, bigger lips, and bigger penises that last longer.
Big Government, Big Deficits, Big Business
It looks as if the turn of the century has delivered unto us a government largely out of balance and deeply mired in the big tasks of war and nation building. Big egos expecting big paybacks proceeded to legislate big spending to bail out their big corporate buddies responsible for mismanaging the industries known as Big Banking, Big Auto, and the Big Boys of Wall Street. This has left the little taxpayers for many generations to come holding a very big bag of debt and a very big tax bill.
Big Housing, Big Transportation, Big Entertainment
There was a time, not so long ago, when Wall Street made it possible for Main Street Americans to live in the McMansion of their dreams with no down payment, thereby blowing the Joneses out of the water. Which was probably doing the Joneses a favor since most of the housing industry is now under water. Not everyone in possession of an underwater mortgage needs to be thrown a life raft though, for some have opted to strategically default on their big mortgages and save money while living free throughout foreclosure until the eviction notice is finally served. Until then, at least they have a nice place to park the big SUV.


Airports have now become so big that they can only be likened to an international sausage factory where every passing second sees thousands of travelers compressed into cat gut casings and tautly squeezed out of the homeland security assembly line like a sausage ready for flight.

The politicians of ancient Rome rarely hesitated to deplete the treasury coffers when it came time to distract the plebian population with really big entertainment, and this time around is certainly no different. We watch our big screens with enormous fascination as big bucks are routinely paid to lure professional athletes and performers with big names to big venues that are oftentimes built in communities where the coffers have been so depleted that city employees have to take pay cuts and the local library is padlocked shut due to lack of funding.

While it didn’t take a sea-to-shining-sea road trip to show us that America is filled with a large array of all things BIG, it did show us that the middle isn’t the middle anymore. And that too big is simply too big to manage and a set up for failure.
This made us wonder. How can we possibly declare something “too big to fail” when it’s been set up that way?
If you don't want to be hustled, maybe you shouldn't ask to be served. Walk through the revolving door in our ‘In The Rear View Mirror’ June 28, 2010 posting “Dialing For Your Dollars”.
Posted by In The Rear View Mirror at 4:44 PM No comments: