The end of the school year is fast approaching. With this ending comes the beginning of an off-campus chapter in the lives of thousands of university students who have completed their core curriculums, and are now ready to enter the realm of the educated professional with freshly printed diplomas and loads of academic debt clamoring for repayment.
By the time their alma mater marching bands get around to stepping up the “Pomp and Circumstance” rehearsal schedules, most of the eligible graduates will have already been fitted for cap and gown, and be intently focused on the hunt for post-graduation employment in a paid position that even remotely corresponds with their chosen fields of study.
For the graduating majority who were assured that a college education would be an investment in their future fulfillment, and well worth the expense and resultant debt load, the job pickins are slim.
A sign-of-the-times reality check can be readily found with any routine sweep of the circulated job postings on the more ‘reputable’ employer job boards over the last several years. Naturally many large employers listing positions to be filled have unabashedly demonstrated their intentions of turning today’s economic lemons into profitable lemonade through unpaid internships. The approach is avariciously rationalized when one considers the trade off – educated slave labor in exchange for dangled promises of a long term position that eventually pays, maybe. 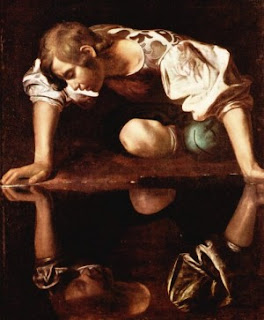 As the nation’s unemployment rate continues to realistically hover in the double-digits and still neglect to reflect the real time stats of the severely under-employed, we can’t help but wonder what our lettered citizens are expected to do with their education and expensive training…especially now that the Census Bureau has all of the doctorate-to-door census taking temps it can handle.
When it came time for us to be counted, it came with a hard knock at the door, followed by a hard look in the rear view mirror that put us back on the revolutionary road of the 1960’s where we could compare the indelible skid mark the 60’s social revolution left on society with the financial revolution that is currently underway.
The 1960’s unquestionably saw a collective insurgency that ultimately dismantled the traditional and established social structures which were perceived to be oppressive and limiting. To conform to the expectations set forth by the ‘establishment’ was to have individuality suppressed by those standards, and personal freedoms unacceptably confined. For many the answer was to simply drop out…drop out of college, drop out of society, fall off the grid.
Today’s financial revolution, however, seems to be rooted in financial oppression and the subjugation that comes with financial slavery. If society as a whole can no longer be effectively manipulated to submit and conform through fear of communal ostracism, then apparently it can be shackled and whipped into submission through heavy debt. Yet instead of dropping out, the revolutionaries of today truly want to contribute to our GDP, and have literally bought into the belief that higher education is their way to a secure future.
Consequently, too many have now been left burdened with unmanageable debt and no job to show for it.
The United States of America has certainly not been immune to the shackles of heavy national debt either; nevertheless its corporate children appear to have openly abandoned the needs of their Motherland while hiding behind the veil of ‘free market capitalism’, now that they’ve been bailed out of course.
Once again the discord between corporate America and her U.S. Mother is being publicly waged at the expense of the people. While corporate America loudly whines on about how it just can’t seem to find qualified domestic workers in order to justify its outsourcing cheap labor from abroad, Mother America takes her corporate children to task with accusations of unpaid intern abuses under the guise of federal labor law violations. In the end, all accounting points to payroll tax dollars – corporate America doesn’t want the payables, and America's Treasury wants the receivables.
All speculation now goes to how the newly-educated, over-educated, unemployed and under-employed will find new income opportunities during the transition.
Clearly not motivated enough to create quality domestic jobs at this point in the revolution, corporate America continues to blatantly exploit the fresh ideas and innovative concepts of the vulnerable without paying for any of it. It reminds us of an old saying, “Why should they buy the cow when they can get the milk for free?"
Debt is sinking the U.S. America and the bulk of her passengers are going down with the ship - the safety nets are gone, even the lifeboats have gaping holes. Get a view from the porthole in our ‘In The Rear View Mirror’ March 31, 2009 posting "The American Myth”.
Posted by In The Rear View Mirror at 4:09 PM 1 comment: